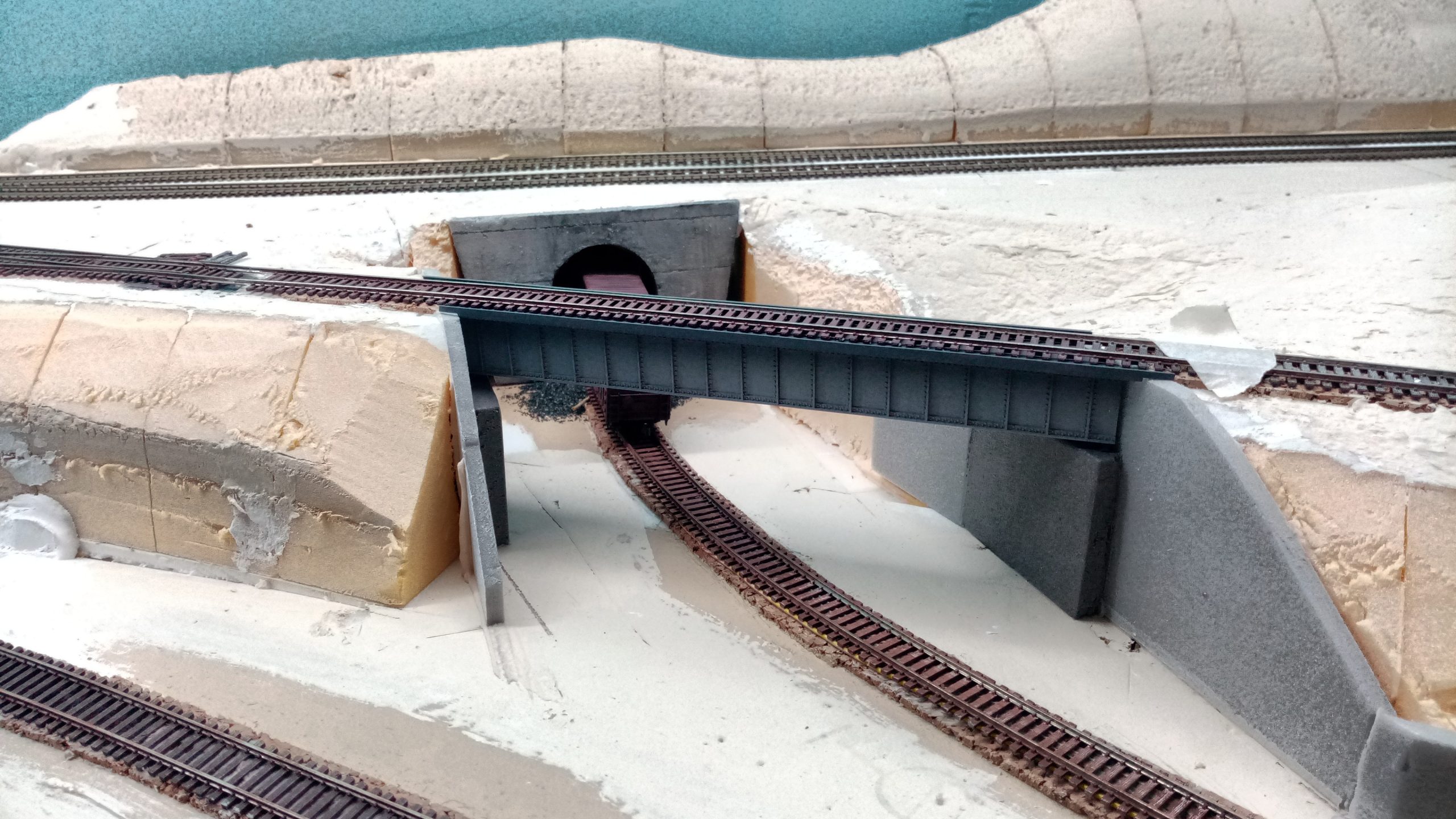 Work continued on the Coal Branch with the construction of the bridge structure that crosses the branchline after Bend Jct.

As the bridge needs to span a rather odd cut of 17 cm in length no commercial kit would fit — at least I know of. So I decided to build the bridge from scratch. This came in handy as I wanted to mimic a ballast deck girder bridge.

The assembly of the bridge parts is divided into two parts. An inner “core” and the outside hull. The inner core is made of styrene which is easy to glue and has enough strength to support itself.

I CNC milled the parts, deck, side plates and inner crossbreeding. The outside appearance was 3D printed in resin, to have a smooth surface and get much details into the look as possible.

With the bridge parts assembled and more than once test fitted in place, I spray painted the bridge in a light gray tone to have a good base for later weathering.

Next step is to finish the landscaping around the bridge a finish ballasting ….