Built after the Norfolk & Western prototype to match the look of the Appalachian region and set in a loose time period dating back to the early 1980ies.
It is a point-to-point layout designed for operation which can be operated by a crew of four or five members.
The C&E system is located between Cleveland, OH and Harrisburg, PA. It handles traffic form a number of local industries – including some coal mines and serves as a bridge-line too.

With some changes early 2017 on the layout, I’ve been able to exclude the peninsula from the mainline and now operate it as an own “branchline” the Greenhill Sub. It connects just west of Elizabeth Oaks via the Greenhill Junction. 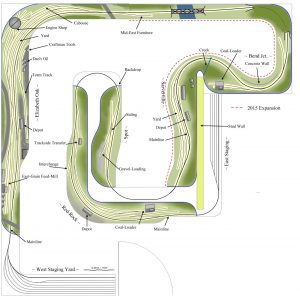 The track-plan shows the 2015 extension. The current layout design is under revision with the goal to enhance branchline action, and to add at least one or two more industries.

A new visual layout plan is currently under development.

You  can get an overview of all major layout points on this system schematics : 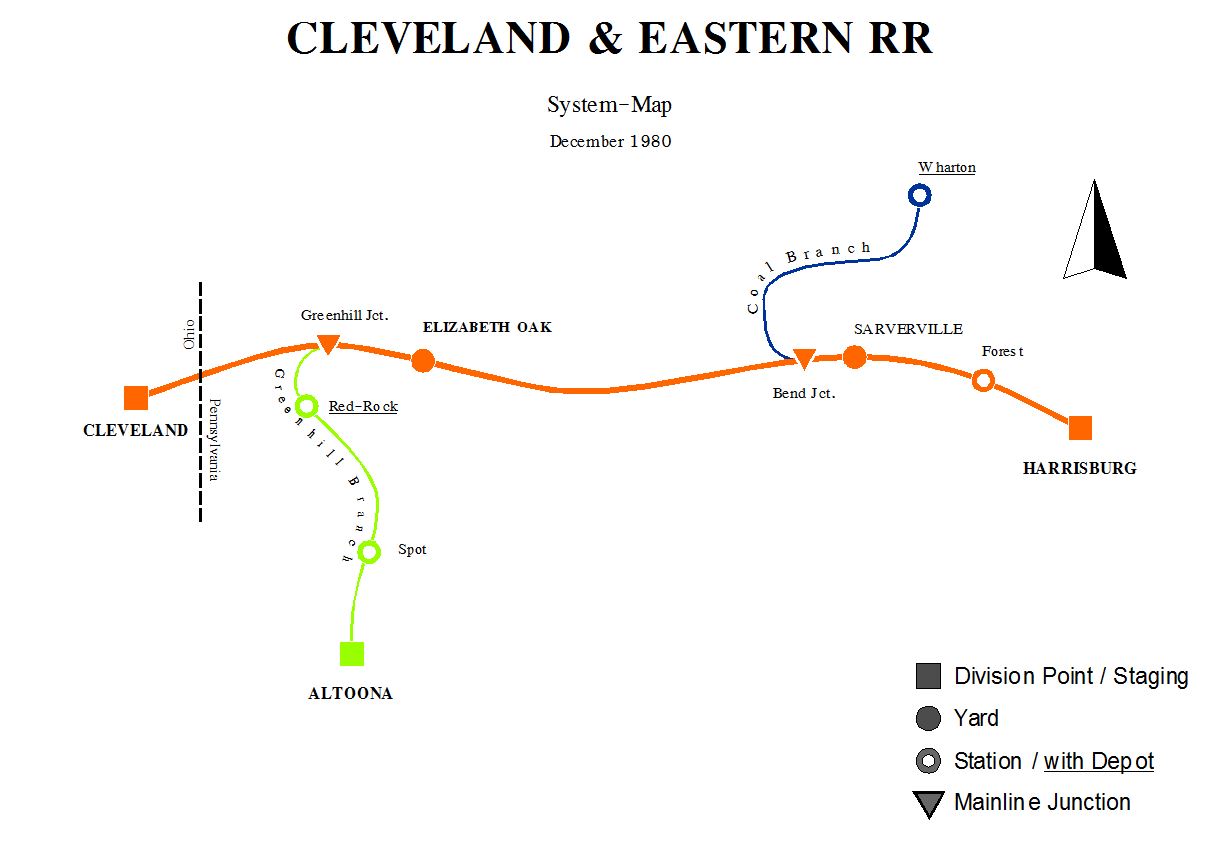 Layout at a glance :