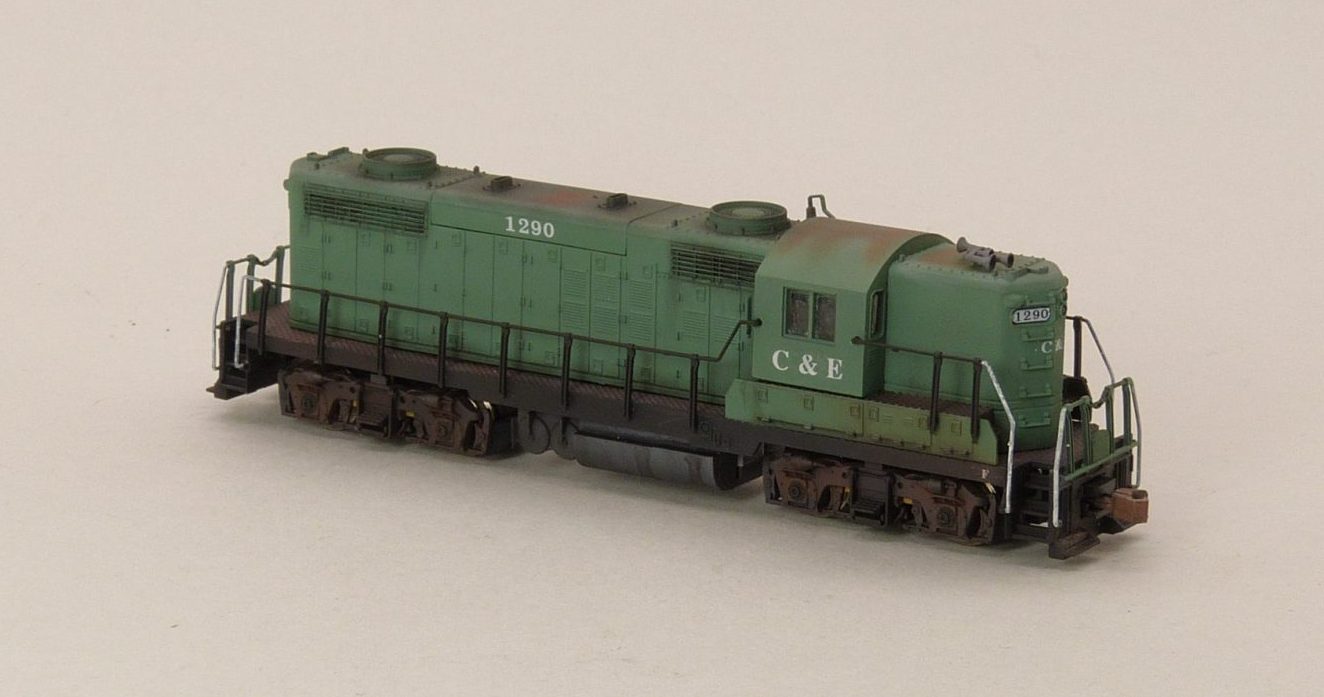 C&E #1290 was the first engine I repainted for my railroad. It is a good runner, despite the fact that the shell is not as precise fitting as other N Scale engines. There are quite a few wide gaps, especially between the cab and walkway.

But over the years #1290 had various paint schemes, among a gray/yellow experimental scheme inspired by the famous Utah Belt railroad. But with the current update I settled with a dull-green full body paint and white lettering.

I gave the engine a little subtle weathering depicting some serve usage on the railroad.