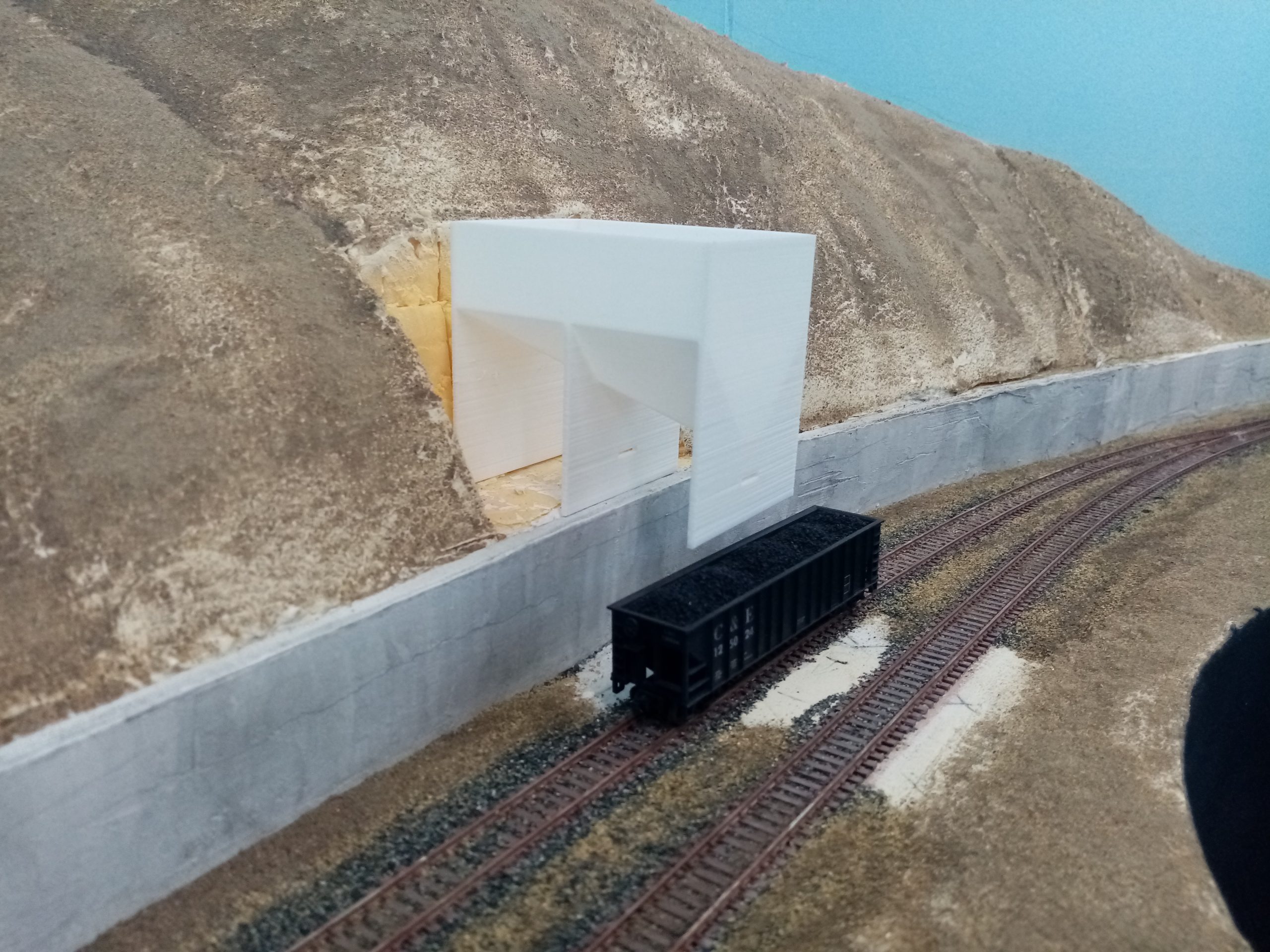 I did some tinkering over the last weeks, to figure out the best unloading lid design and interieur wall design.

I finally have a setup of a working prototype to test some rows of Arduino code. The basic idea is to pull the lid open as long as a button is pushed. After releasing the lid should close immediately.

Current design of the storage box allows to hold coal for 7 4bay hoppers, I might redesing it into a two compartment sotrage to allow storage for two different grades of coal. This would incorporate two servo motors.