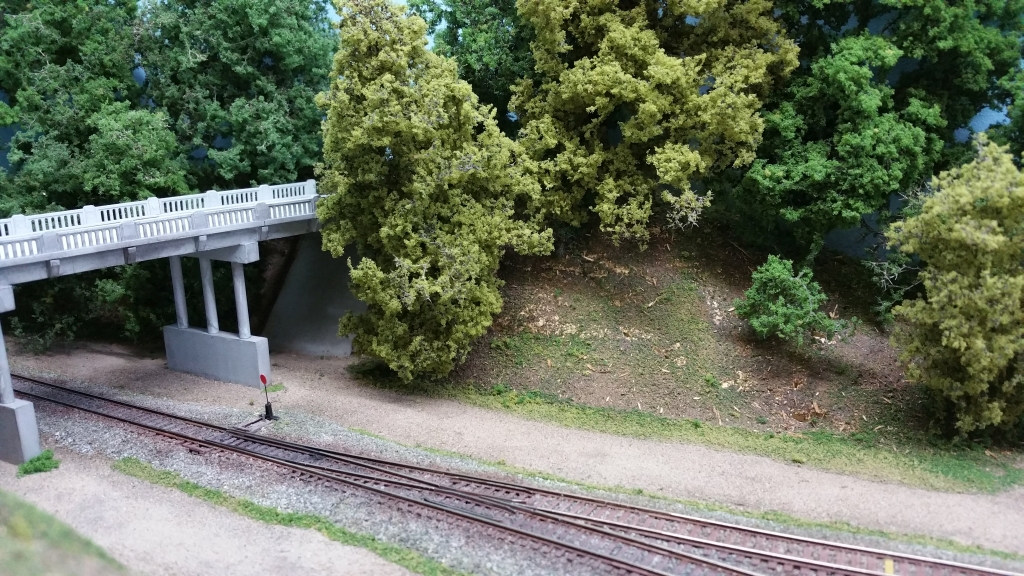 This is the third part of the layout tour, where we a covering the two branch lines.

The Greenhill Branch starts off west from Elizabeth Oaks at Greenhill Jct. and leads to Red-Rock.
Red-Rock incorporates currently a Depot, Coal-Loader and a Trackside Transfer for Boxcars.
There is also a generic interchange track to the “World” where two cars can be spotted or picked-up.

I plan on adding a Ammonium-Unloading spot and will rearrange the Coal Loader to a different location.
Red-Rock has undergone some mayor layout changes after I alteed the Layout entrance. The Coal-Loader part was previously around a curve, now it is a straight section.

After leaving Red-Rock we turn 180 degres to the Backside of Red-Rock and reach Spot.

This is a single industry location, incorporatin Gravel Inc., a medium-sized quarry. It also marks the End of the line. I can add a staging cassette to drive trains from or to the open World.

The Coal-Branch starts off on the West side of Sarverville from Bend Jct. and climbs in a one-turn loop back over itself with a 2% incline. It ends in a location named Wharton which is the connection point of two Coal-Loader.