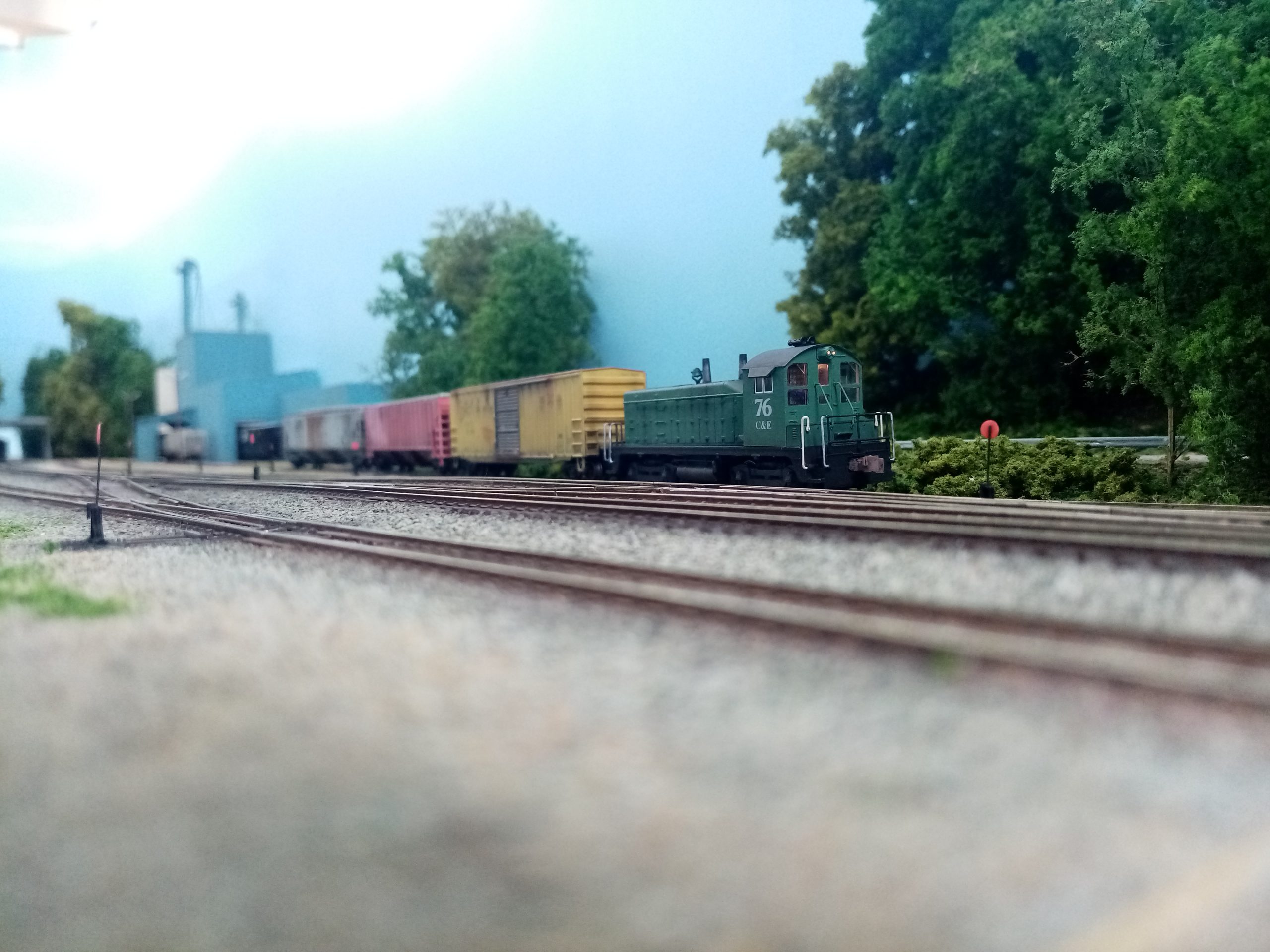 This is the second part of the layout tour.

We continue heading East, after we passed Mid-East Furniture we ride across a yet to be named river and into a 180 degree curve which is hidden under the North-End of the Coal Run Branch.

Leaving the tunnel we approach Bend Junction, where the Coal Branch starts off the Mainline. As Greenhill Jct. it will later be DCC controlled and CPL governed.

Bend Jct. is also the start of the Yard-Limits of Sarverville, the second large operation point on the layout.
It will incorporate a Depot, a two-track stub-end yard, a Warehouse and a little Log-Wood Company.

Leaving Sarverville we approach East-End Staging, which is located on the backside of Sarverville.

This part of the layout is currently work in progress